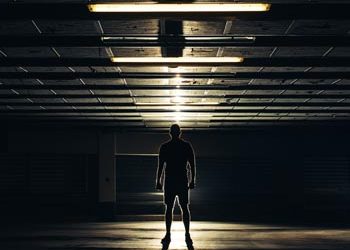 The average home isn’t anywhere near as secure as we’d like to think. Worse than that, the conventional wisdom that is passed off as “home security advice” is just about worthless. All it does is to help keep honest people honest—not keep the dishonest out. Why, you can kick the average front door with a deadbolt wide open!

The problem is that most home security measures don’t take into consideration a determined attack by armed enemies. All they do is keep out people who want to quietly sneak into your home. If someone is willing to make noise, those measures won’t do a thing to keep him out. After all, a locked window isn’t much of a deterrent to an attacker with a rock in hand.

The most common entry points for criminals and attackers are the first floor doors and windows. To make the home more secure, start by making all entrances stronger.

• Replace Hinge Screws. The screws holding the front door hinges are only about 3/4 inch long and just go into the wood door frame. That’s not very much security. Replace them with 3-inch case-hardened screws, long enough that the screws will go into the stud behind the frame.

• Security Door Strikers. A deadbolt is wonderful if it is installed into something strong enough to hold it. The typical door frame is wood, not metal. If it were metal, there would be no way of kicking it open. The metal striker plate is small and only mounted into the door frame. When kicked, the deadbolt breaks the doorframe itself, which is the weakest part of the system. By replacing the normal striker plate with a security striker plate, which can be 12 inches to 60 inches long, the force of the kick is spread over a larger area, making it harder to break through the door. Be sure to put the security striker in with 3-inch case hardened screws.

• Door Clubs. These devices connect the door knob side of the door to the floor. The drawbacks to this system are that it has to be manually locked after closing the door and can’t be opened from the outside. However, once in place, the door club makes it almost impossible to kick through the door. Any assailant would have to break the door down in order to get in.

• Replace Sliding Glass Doors. Sliding glass patio doors are the least secure place on any home. They are typically hidden in the back of the house, where outsiders can’t see what any attacker might be doing. The door might be difficult to pop off its track, but all it takes is a rock or hammer to turn that door into a pile of broken glass. Your best option is to install a regular entry door and apply the security measures mentioned above.

• Window Security Bars. Like the sliding glass door, windows are easy to break through if the attacker doesn’t care about broken glass. The best solution for this is to install security bars. The bars attach to the brick or siding of the home. While it would be possible to get them off by hooking a chain to a truck, they make it impossible to easily break in through a window.

• Window Security Film. If you don’t like the idea of putting burglar bars over your windows, cover the inside of them with security film. This usually has to be installed by a professional installer, but since this precaution protects the window from breaking, it’s well worth the effort. An intruder would have to pound on the window with a hammer to get it to break.

• Padlock the Garage Door. Garage doors are fairly easy to break through, especially aluminum. The lock can easily be broken out, allowing the locking bars to be manually operated. By putting a bike lock or a gun lock through the holes in the track, right above one of the wheels, you prevent them from lifting the door, even if they get the lock out.

• Plant Hedges. A ten-foot tall cement wall in front of your house may help protect it, but it would be a bit obvious. Anyone who saw it would wonder what you had inside the house to warrant that level of security. However, a hedge of thorny bushes is almost as effective a barrier and looks better too. Any intruders will avoid the hedge and try to climb over your gate instead. While that might not keep them out, it at least puts them right in front of your door, where it is easy for you to confront them.

To properly defend your home, you need to stop thinking about keeping a cat burglar out and start thinking about how to fight off an angry mob. The burglar will probably do everything they can to get in without attracting attention, whereas a mob of ten hungry people won’t care about attracting attention. They will take actions that the cat burglar would never think of trying.

With that in mind, protect your home by making it hard enough to break inside to discourage them and to give you time to react. Even a minute will give you enough time to grab your firearms and be ready to repel boarders. Once you’re ready, you’ll be able to discourage them much more effectively than your locked door. 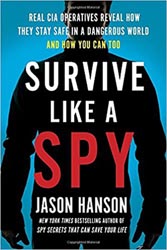 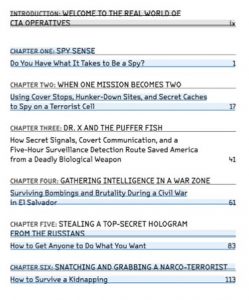 Photo by Jaanus Jagomägi on Unsplash