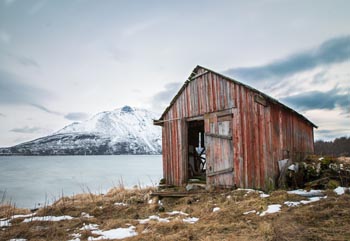 One of the biggest decisions that we have to make as preppers is whether to bug out or bug in. Survivalists talk a lot about bugging out, from the best bug-out vehicles and how to create a bug-out bag to different means of making a bunker in the wild to survive in. At the same time, there’s also a lot of talk about how to stockpile and prepare for a disaster—much of which sounds more like it would have to be done at home, rather than a bug-out location.

Of course, most of us can’t afford to build that bunker in the woods so finances become a necessary part of the equation. Bugging out to a prepared, stocked location in the woods can be very effective, whereas bugging out to an unprepared location, just so that you can get out of town, is much harder to manage. There are many factors that have to be taken into consideration when making this decision.

• The Big Advantage of Bugging In. For most people, bugging in should be the first choice. If you don’t have a cabin in the woods or other prepared location to go to, then bugging out means finding someplace where you can live. That may be extremely hard to do, especially if others are heading out at the same time.

Living in the wild is not easy. While you could probably do fine for as long as the food in your bug-out bag lasts; when that runs out, you’re going to be in trouble. Trying to live off of what nature provides is a full-time job. While our ancestors might have been able to do it, there was more game available and fewer people trying to hunt it in their time period.

By staying at home, you have access to all your supplies, equipment and tools. While things may not be perfect, you will be much more comfortable than being in the wild. The psychological comfort of being at home shouldn’t be ignored either as it makes it you more mentally prepared to do what you need to ensure survival.

• Bugging Out to a Prepared Location. For those who are fortunate enough to buy or build a cabin in the woods, bugging out would probably be the right decision in most cases. Of course, that would require properly preparing their cabin for long-term survival, just like their home. That would be expensive, but well worth it.

The big advantage of this plan is it gets you out of town early to wait out the situation at ta bug-out cabin. Should things return to normal quickly, it’s easy to return home. On the other hand, if things get worse, this gets you out of the way from the start of the crisis. Chances of your survival will probably be greater than anyone else’s.
There is only one drawback to this plan—that is, the cost of preparing a bug-out shelter. That could mean drilling a well, putting in alternative power and building a stockpile of supplies in two locations, home and the cabin. However, it would be well worth it once the worst-case scenario starts to unfold.

• Bugging Out Without a Prepared Location. The rest of us, who don’t own that cabin in the woods, have a much bigger problem: where to stay. Just because we don’t have the money to buy land and build that cabin doesn’t mean that we should abandon the idea of having a bug-out plan altogether. Instead, look for alternatives.

For example, find a small town that you can bug out to. While some problems will hit the entire country equally, emergency situations will be felt the most strongly in the cities. Leaving the city and renting a small apartment in a small town may be a very viable alternative, especially on a short-term basis.

If you are planning on living in the wild, you have the problem of land. There is no land in the United States that isn’t owned by someone; what appears to have no owner is owned by the government. While it is possible to establish a shelter on land that you don’t own, you have to realize that chances are you will lose that shelter and be forced to move on.

• Bugging Out in Times of Natural Disaster. In the case of a natural disaster, the decision may be made for you by forces outside your control. When Hurricane Katrina was heading for New Orleans, the government declared a general evacuation. Not everyone obeyed, and some of those who didn’t lost their lives.

You and I don’t have the power to battle nature. When natural disaster strikes, we are often better off getting out of the way. In such a case, it is important to have a bug-out plan and to put it into operation as fast as possible, preferably before everyone else evacuates. That plan must include what to take, where to go and how to get there.

• Bugging Out Due to Social Unrest. Probably the most difficult bug-out situation is caused by social unrest. If there is any sort of general breakdown of society, such as that caused by an economic collapse, then the biggest problem will be violence. While it might be possible to defend your home against one attack, you can’t succeed in defending it forever. Bugging out, like discretion, might be the better part of valor.

Once again, a bug-out plan will be necessary. The violence associated with social collapse will hit in the big cities. This is an excellent time to head for a small town. However, you need to pick a small town that is a long ways away from the city, or you might find yourself caught in the overflow from the metropolitan area.

This type of bug-out is the most dangerous in the sense of having to hide your intentions. If people see you packing up your bug-out vehicle, they might just decide that you are the answer to their problems. In such a case, a well-stocked bug-out vehicle could invite attack. You will need to do everything you can to avoid drawing attention to yourself and the supplies you have with you.

There is no way of creating one plan which will fit all situations. While a prepared bug-out location in the wild is probably the best solution for most situations, it could end up caught in the same natural disaster that hits your home. You must have alternate plans to put into effect if your primary plan isn’t viable.

The more prepared you are for your bug out, the better your chances of survival. Make detailed plans, and do trial runs. Those will show you problems with your plan so that you can make the necessary adjustments and improvements. Survivalists never accept “good enough”; keep looking to make your plan better and better.

Photo by Cem Sagisman on Unsplash