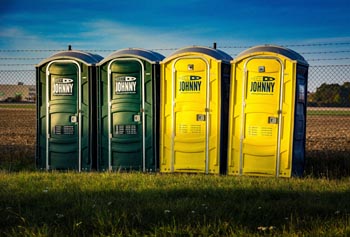 One of the greatest risks many developed countries face today is that of a financial crash. When many talk about this eventuality, they point to various indicators in today’s economy and global markets. Based on those indicators, some say society is well on its way to a complete fiscal breakdown.

There are certain telltale signs of these financial crises, as we can see by looking at others around the globe. Amongst them is runaway inflation as a nation’s money plummets in value. When that happens, one of the ways that people deal with it is to return to a barter economy, rather than using money as their means of exchange.

While bartering is not as convenient as using cash, you don’t have to worry about the bartered goods losing their value. In fact, some bartered goods will actually gain in value, offering the opportunity to make a profit off the situation. However, in order to take advantage of the situation, you have to have a stock of trade goods available to you that you can trade for other things of value.

• Alcohol. People will put their addictions and desires above their needs. Even when starving, they will still seek out those things that give them an escape, like alcohol. Historically, alcohol sales increase in the aftermath of any disaster. It is somewhat universal as stock in trade because just about everyone wants it. This will be even more valuable to you if you don’t have a thirst for the stuff because you won’t mind getting rid of it.

• Cigarettes. While not as good as alcohol, cigarettes have been used as trade goods for years. Early traders used it with the American Indians. Even today, it is the “money” used between prisoners in our jails and prisons. Packs can be broken down with individual cigarettes used as smaller increments of value.

• Condoms. While many will forgo the use of any sort of birth control, there will be those who still want to prevent unwanted births. The value of condoms is universal, like alcohol, due to the universal interest in sex.

• Food. Food shortages are common during any financial crisis. Distribution networks become unreliable, and stores are leery about selling their stocks as the money rapidly devalues. Any sort of foodstuffs will trade well, especially canned goods.

• Coffee. There are probably more people addicted to coffee (and its caffeine) than any other chemical substance. Since going to the local coffee shop will be out of the question, demand for coffee will rise.

• Chocolate. This is another addiction that you can take advantage of. While almost everyone loves the taste of chocolate, it’s also known to release endorphins, thereby promoting happiness.

• Disposable Diapers. We have become a disposable society. Few still use cloth diapers, and many parents wouldn’t even have an idea how to go about using them. For those with babies, disposable diapers will become extremely valuable.

• Toilet Paper. Yes, the humble roll of toilet paper will become highly desirable, especially if there are shortages of store stocks. You would be abased what people, especially women, will be willing to trade in order to get their hands on this precious item.

• Personal Hygiene Items. Personal hygiene is important for maintaining health, as well as for social reasons. Soap, toothbrushes, toothpaste, deodorant and shampoo will all become valuable items for trade. Don’t forget feminine hygiene items either, which will no doubt be in high demand.

• First-Aid Supplies and Over-the-Counter Medicines. Most crises overload the medical services available. A financial crisis will be no different as people will do unusual things in order to provide for their needs. Having basic first-aid supplies on hand, as well as common over-the-counter medicine, could become quite valuable to you and others.

• Fuel. Fuel tends to become scarce during these times due to the high cost. While you will probably need whatever fuel stocks you have for your own family, any extra will work wonderfully well as trade goods.

• Fishing Supplies. Fishing is the easiest way of harvesting food from the wild. If people are going hungry, you can be sure that many of them will turn to fishing in an effort to feed themselves and their families.

• Common Repair Items. Any time there are financial difficulties, one of the first things that suffers is preventative maintenance. People will leave things go until they are broken. Having common supplies for repairs, even jury-rigged solutions, will go a long way.

You can trade your barter supplies for other items your family needs or for things that will regain their value when the situation returns to normal. During World War II, people in occupied Europe traded silver, jewelry and other valuables to farmers out in the country for food. After the war, those farmers were able to sell those items for a tidy profit.

Be careful how you do business. You don’t want to let people know how much you have in your storeroom. If you let them know, you could open yourself up to attack. Desperate people do desperate things, and you don’t want to become a target.

Photo by Martin Barák on Unsplash